TIBET- The place full of peace and spiritualism. It’s the land remind us of colorful prayer flags fluttering over mountains producing a colorful and spiritual aura that swirls with the winds celebrating sacred Buddhism.

Tibet, covering most of Tibetan Plateau is the traditional homeland of the Tibetan people including ethnic groups like Monpa, Tamang, Qiang, Sherpa and Lhoba people. Tibet is the highest region on Earth, with an average elevation of 5,000 m (16,000 ft).

Humans inhabited the Tibetan Plateau at least 21,000 years ago.  This population was then largely replaced around 3,000 BP by Neolithic immigrants from northern China. Since then Tibet underwent several transformations and was ruled by great Kings which consequently gave rise to several dynasties. They influenced the religious, economical and cultural aspects of Tibet on a greater degree. With time Tibet has perfected in its own unique style of art and architecture revolving around monasteries and pilgrimage sites.

Tibet has its own style of architecture which evolved over a time span of 4500 years under Chinese, Indian and Buddhist influences. They show only limited foreign architectural influences even today and reflects deep religious approach in their structures for example, The Buddhist wheel, along with two dragons, can be seen on nearly every Gompa in Tibet.

No matter the materials, shapes, or colors, the structures are very corresponding with the surroundings, creating a harmonious balance between human and nature. They are designed beautifully in accordance with the temperature and climate, promoting local culture and folk heritage and consequently seeking great tourist attention.

In this post we will limit our discussion to the characteristic architectural element of Tibet- ” WINDOWS “.

Wandering around Tibet, one can find Tibetan Windows as an amusing piece of art. The showcase Buddhist traits and are peculiar in design. The window facts includes:

Here are some interesting collection of Tibetan windows to look around:

Drepung is the largest of all Tibetan monasteries and is located on the Gambo Utse mountain, five kilometres from the western suburb of Lhasa. The windows here are vibrantly colorful and intricately decorated. They are bordered with ladder-shaped black frame to absorb sunlight and to repel evil spirits.

The Potala Palace is the most important example of Tibetan architecture. Formerly the residence of the Dalai Lama, it is now a World Heritage Site. The windows are smaller in size with the same black trapezoidal border creating a spectacular visual appeal.

Gyantse, officially Gyangzê Town is historically considered the third largest and most prominent town in the Tibet region. The place is adored with colorful architectural elements as the windows here are exquisitely composed of intricate borders, well formed paintings, colorful motifs which has not only a distinctive decorative effect but also a profound religious meaning. 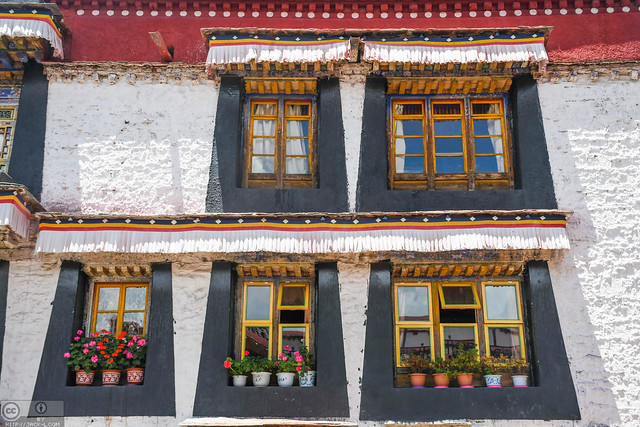 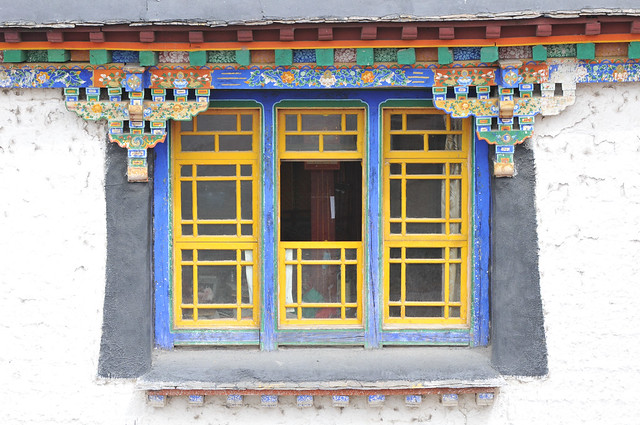 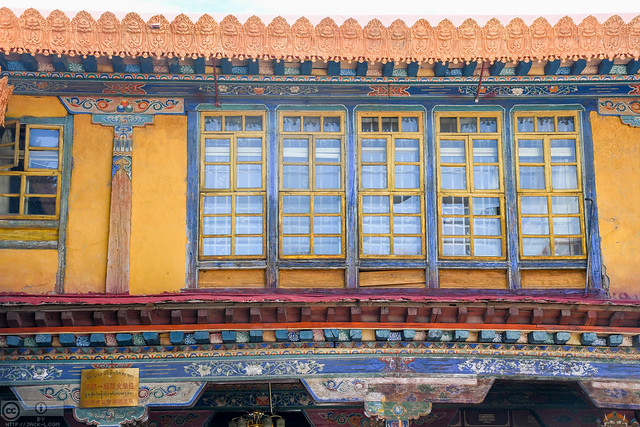 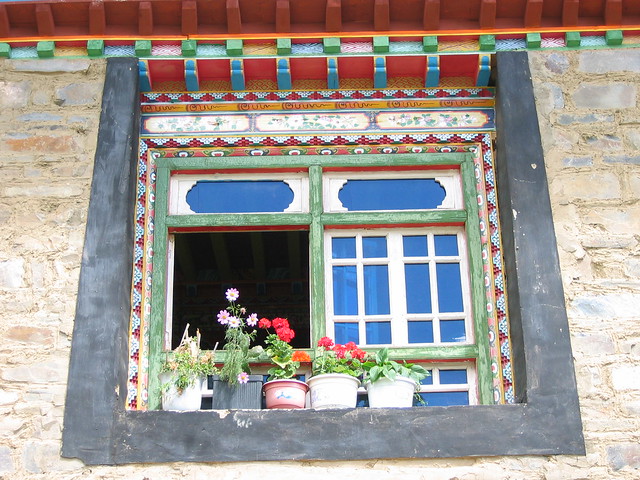 No doubt, Tibetan architecture is a classic mix of religion and art coming together to form a masterpiece. The patios are amazing and eye-catching with windows being a highlight element. The styles adopted are sustainable and complemented with nature, giving people the beauty of primitive simplicity and ruggedness.

We will continue our Tibetan tour in the next post… Keep reading !!

6 thoughts on “TRAPEZOIDAL WINDOWS – FROM TIBET”

We have come a long way learning about Miniature pahari paintings of India. This beautiful art was executed in the hilly regions of India, in the sub-Himalayan state of Himachal Pradesh and thus called as Pahari means “from the mountains”. The understanding of this heritage art is a matter of great study. They are quite elaborate in terms of patronage, time frame, painting style, artist approach, themes etc. wherein the broad term for these paintings came out as – KANGRA SCHOOL OF MINIATURE PAINTING. Here is the full read-

Indian miniature Pahari paintings are a broad subject to discuss. After Basohli and Guler, here comes the famous Chamba school of painting. This art has so much to express and has got such a captivating history to explore that makes it even more interesting for an art fanatic like me to get a deeper essence of the subject which is yet unknown to commoners. It is considered as an authentic historical account indicating the ancient art and culture of Himachal Pradesh. Lets find out more about this amazing school of miniature painting.

As we are exploring different schools of Indian miniature Pahari paintings, we came across the two dominant schools- Basohli and Kangra. But there are others including Guler, Chamba, Garhwal and Bilaspur. Guler, became a prominent centre for art and later termed as the birthplace of Kangra painting in the first half of the 18th century. The Guler Paintings or Guler style proved as the cradle of the early phase of Kangra Kalam with the unique blend of Rajput and Mughal style of art. This contrast had brought out the cultural essence of India onto a canvas with the flair of delicacy and a sense of spirituality. In the course of time Guler painting finally get evolved into Kangra paintings.

If I can move to Canada, you can too

AND THE INDIGO TRAIL